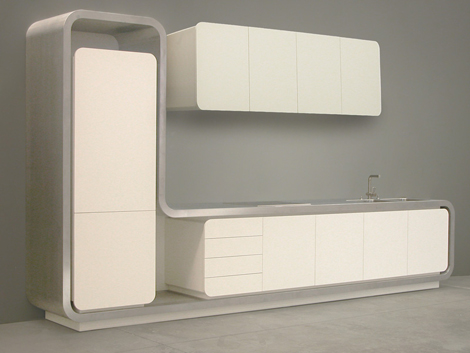 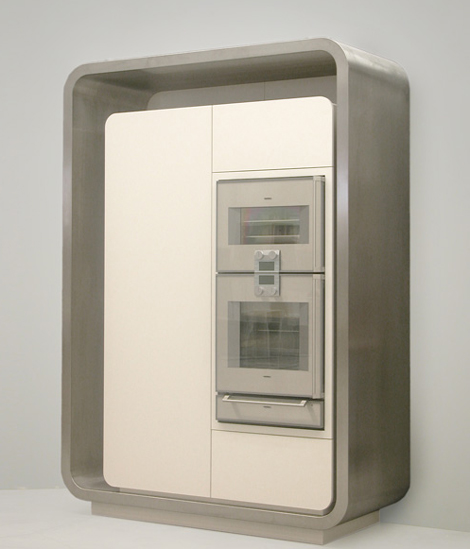 This simplistic design is futuristically inspired to the point that it has been given its own protective force field.  This buffering layer wraps itself around the functional core like a piece of Wrigley’s Spearmint Gum, adding huge aesthetic interest to the design and even providing tasty voids and shelves that could be practically optimised and even individually personalised.
There is pod like feeling to this kitchen because the functional segments are independent, detached from each other, being characterised by soft curved edges.  The outer wrap amplifies the soft edges further by capturing all of the independent elements together, making them whole and visually united.
This design is also crying out for some atmospheric back lighting, a colour changing element that allows for mood reactions and human control.  The spacing between the outer wrapping element and the functional core would be more intensely showcased if the space between could glow red and then blue and then yellow...a dimmer would also be good - providing ultimate control!
A simple but brilliant design!
Posted by Kitchen Mogul at 22:23