Somewhere Over The Rainbow! 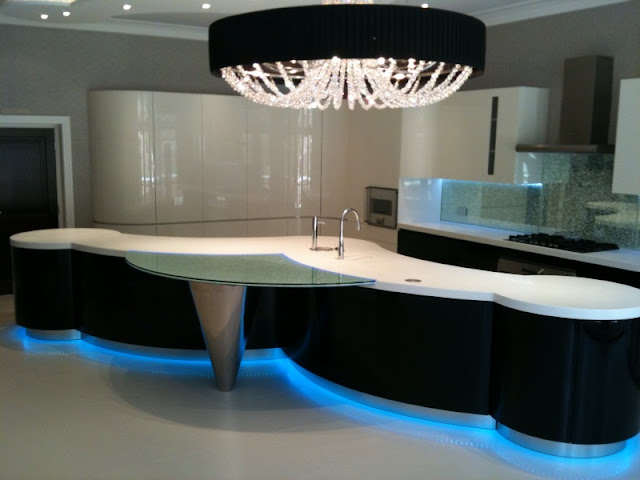 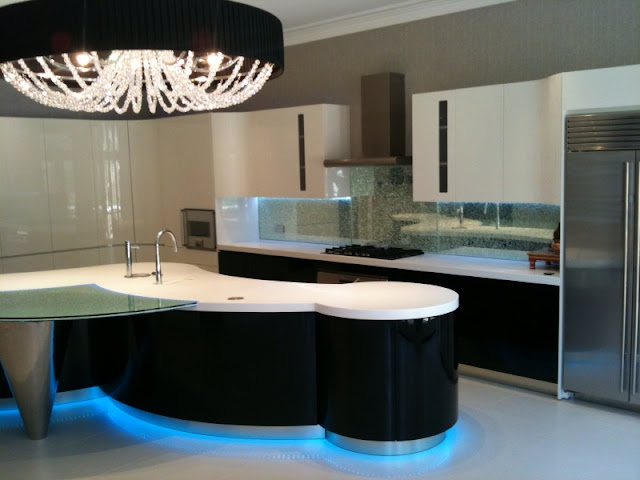 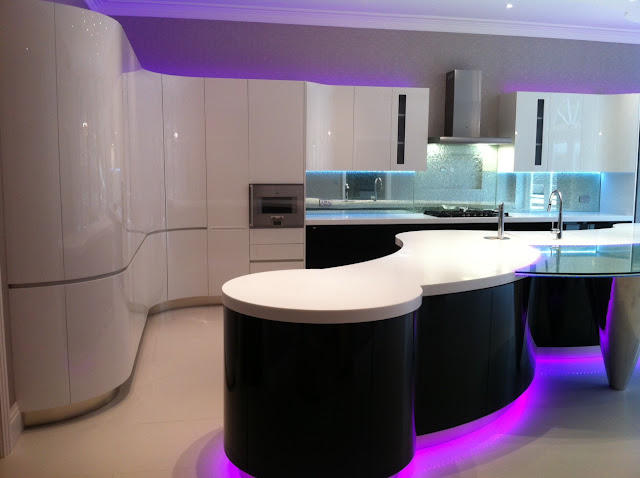 This kitchen design is so incredibly powerful that it actually exudes its own blue aurora.  This is a triumph of kitchen influence as neither architecture nor interior design will ever be able to overpower the stature of this heavenly creation.
The Island is obviously the centre piece of the entire design and its unrestricted form flows outwardly from the sink area.  It is as though one single droplet of water has fallen from the tap and upon making contact with the island top has caused an undulating ripple effect which moves outwards and away from the functional epicentre of the design.
It could be argued that this island design has been inspired by nature as the heavy set worktop reminds The Mogul of snow which has yet to succumb to the fluid, water like, softer geometry below.  The soft LED lighting bathing the floor and the ceiling also brings the end of the rainbow right into this architectural space.
There are many kitchen designers working today who have the artistic ability and functional vision to create a kitchen like this but it is clear that many of The Mogul’s readers never get to meet clients with deep enough pockets!
This is an exceptional kitchen design and The Mogul is impressed!
Posted by Kitchen Mogul at 21:17